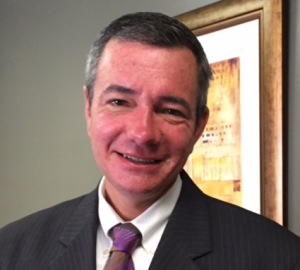 Paul Titus was born and raised in Purcellville, Virginia. He graduated from Loudoun Valley High School, 1988, where he captained the varsity track and field team and was ranked state wide in hurdles. Paul earned a Bachelor of Arts in Political Science with a minor in Economics from James Madison University in 1992, graduating third in his class and receiving the Greek Scholar Award. Paul received his Juris Doctor from University of Virginia School of Law in 1995. Paul has been a member of the Virginia State Bar for over two decades.

Paul regularly appears in General District, Juvenile and Domestic Relations, and Circuit Courts. He specializes in complex, preparation-heavy trial work and criminal defense. He is certified to practice in the State of Virginia and the United States District Court for the Western District of Virginia. Paul regularly practices in the following jurisdictions: Augusta, Rockbridge, Rockingham and Highland Counties (4th Circuit).

Paul is an avid runner and is currently training for marathon competition. He has competed in numerous long-distance road races around the Commonwealth. During college he was a competitive NCAA long distance runner. Today, when not running the roads of Staunton and Waynesboro, he enjoys tending to his small farm which hosts dozens of free range chickens.

Paul lives in Waynesboro, Virginia, with his wife.